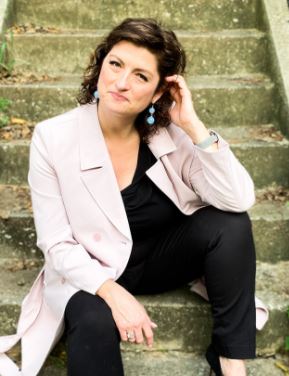 I Am an Attorney
I am also a mom, a daughter, a sister, and an aunt, granddaughter, a caregiver. Most of the issues you could be facing in a family law context are things I personally have experienced: marriage, adoption, childbirth, divorce, and co-parenting.

I can also relate to the many challenges many people face today: addiction and recovery, a loved one with mental illness, losing someone to suicide, gun violence, the death of a parent, life-threatening illness.

Life happens to everyone.

My Career Path
I was a photographer and writer for most of my life, and made a decision NOT to pursue the law in my 20s. I was never sure it was the right choice, and while I loved my creative work, I regretted not becoming a lawyer. At the time, the law seemed like it might be too corporate a path for me. However, I never completely let go of that dream.

After I became a parent, I realized that becoming an attorney was the best way for me to put into action what I believe, which is that to be of service to other people is the most fulfilling thing I could ever do.

Inspired by Family
In August, 1934, my grandfather took on a pro bono case in front of the Supreme Court. He represented Angelo Herndon, a Black man who had been sentenced to 18 to 20 years on the Georgia chain gang for “possessing radical literature.” After the first argument in 1935, the Supreme Court denied Mr. Herndon’s appeal by a vote of 6 to 3 (Justices Brandeis, Cardozo and Stone dissenting). My grandfather went back and argued the case again in February 8, 1937 – and this time, the Court ruled in his favor by a vote of 5 to 4, and Mr. Herndon was freed.

I was a teenager when my grandfather died, so the impact of his work didn’t really resonate with me until years later. But he inspired my whole family: my late uncle was U.S attorney in New York, my cousin does appellate work, and my brother and sister-in-law were assistant U.S attorneys in New York. Their high standards and ethics infuse everything I do and I strive to live up to their good work.

Recovery-Friendly
I have a special place in my heart for those who struggle with addiction. I believe in the power of recovery and the miracles that occur when people work a program to get well.

I also understand that a parent in the throes of active addiction is probably not able to hold his/her children’s best interests at heart at that moment. I understand the pain caused by alcoholism and addiction and its effect on families.

Attorney-Advocate
I love practicing law, and I love working with families. My goal is to work toward a resolution that will give you peace of mind and, above all, benefit your children.