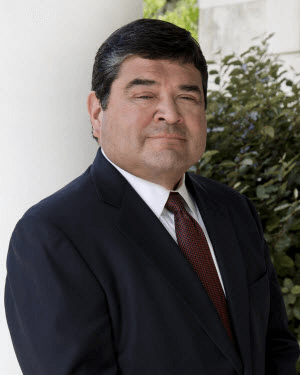 The founder of Poncio Law Offices, P.C., Adam Poncio serves clients throughout the state of Texas from his offices in San Antonio. He focuses his practice primarily on matters related to labor and employment law, including sexual harassment, discrimination and wrongful termination, involving trials and appeals in cases arising under state and federal statutes. Mr. Poncio also handles complex commercial litigation involving fraud, securities and business disputes. He is certified by the Texas Board of Legal Specialization in both civil appellate law and labor and employment law. As an undergraduate, Mr. Poncio received a Bachelor of Arts from the University of Texas at Austin in 1986. He then attended what was then known as South Texas College of Law and was awarded his Juris Doctor in 1989. Admitted to practice in Texas, Mr. Poncio is also admitted to practice before the U.S. District Courts for the Western and Southern Districts of Texas and the U.S. Court of Appeals for the Fifth Circuit. He is an active participant in the San Antonio Bar Association and the American Association for Justice. Mr. Poncio has also served on the board of directors of both the San Antonio Trial Lawyers Association and the Texas Trial Lawyers Association. Mr. Poncio has written legal articles for publications such as the San Antonio Bar Association’s Subpoena newsletter and Residence Magazine, issued several times a year by the San Antonio Apartment Association. His published works include “The Deadbolt Records Case, Landlord Liability for Third-party Criminal Conduct” and “Appeals From Justice Court; Saving Yourself From A Judgment In Justice Court.” Mr. Poncio is active in his community and is a member of a variety of civic organizations.