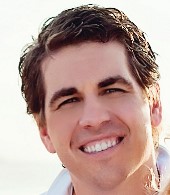 Christopher (Chris) Migliaccio is a native of New Jersey and landed in Texas after graduating from law school.  A graduate of the Thomas M.Cooley School of Law in Lansing, Michigan, Chris focuses on what is best for your financial situation – Chapter 7 versus Chapter 13 bankruptcy in Texas. When financial crisis and life situations occur that make avoiding debt nearly impossible, Chris helps clients throughout North Texas navigate federal bankruptcy rules in efforts to find solutions that work for them. “I find satisfaction in helping others find a fresh start.” – Chris Migliaccio Chris may be a transplant to Texas, but it’s not the only state he’s called home. As a result of his father’s U.S. Secret Service career, Chris has lived in many areas of the United States, including California, New Jersey, Washington, D.C. and Michigan. He graduated from Wheeling Jesuit University with a B.A. in Accountancy in 2001 and obtained his law degree in 2005. Chris interned with the Dallas County District Attorney’s office and with Skadden, Arps, Slate, Meagher & Flom, L.L.P. located in Washington, D.C. In 2006, he and Gary Warren formed Warren & Associates, L.L.P., which provides full legal services to individuals and families in Dallas, Rockwall, Hunt and Collin Counties. In 2008, the law firm was renamed Warren & Migliaccio, L.L.P. It’s here where Chris provides legal advice in regards to helping clients understand the intricacies of Chapter 7 versus Chapter 13 bankruptcy options. He says he “selfishly” enjoys practicing law involving federal bankruptcy rules in Texas because he likes helping others. After several years of practicing this area of law, Chris understands that when avoiding debt is not possible, clients are most concerned with repeated calls from creditors and fears they will be sued; helping clients choose between Chapter 7 versus Chapter 13 bankruptcy in Texas addresses these worries. Unlike his colleague Gary, Chris has stayed proudly loyal to the New York Giants and has not become a Cowboys convert fan. He enjoys spending time with his wife, two daughters, and son. The five will often go on long walks and bicycle rides with their two dogs: a golden retriever and chocolate lab.