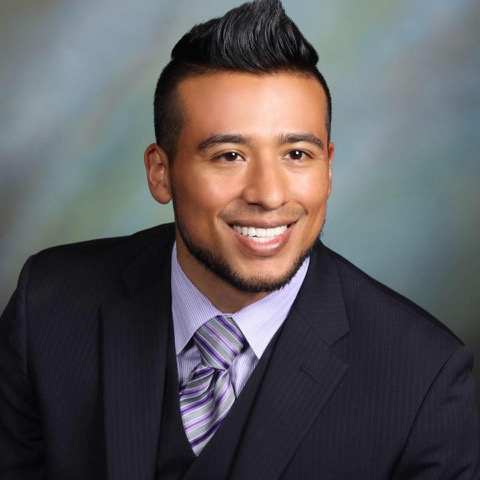 Only a third-generation American, Mr. Negrón understands the value of hard work, integrity, and competency. He believes strongly in serving his community. Mr. Negrón frequently volunteers his time at community events such as The People’s Law School, Ask-a-Lawyer Clinics, Wills Clinics and Veteran’s Clinics, and is a frequent Estate Planning speaker at Assisted Living Facilities, Community Centers, and Universities throughout Texas. Both of Mr. Negrón’s law firms have been officially recognized and approved as accredited partners with the University of Texas’ Pre-Law Program for purposes of offering current students credit hours toward completion of their bachelor-level studies. Mr. Negrón is a mock trial coach for the YMCA’s Youth & Goverment Program, as well as for Fox Tech High School’s Law Magnet Mock Trial Team. Mr. Negrón graduated Magna Cum Laude from the University of Texas at Austin with degrees in Government, Philosophy and Business, and obtained his doctorate from St. Mary’s University School of Law in San Antonio, Texas. He is a certified Attorney Ad Litem in the State of Texas. Desirous of furthering his education, Mr. Negrón applied for and gained admittance to the world-renowned Institute for International Education, located in Buenos Aires, Argentina. His coursework included International Politics, Argentine Politics, Human Rights, and South American History. He wrote and presented theses in the local dialect, Castellano, on topics including the history of the Perón regime, a comparative socio-political analysis of the United States and Argentina during the Cold War and World War II, an analysis of Plan Cóndor and a treatise on Human Rights violations and their societal effects. Keeping with his passion for impactful, storied brands, Mr. Negrón recently acquired–and is the proud owner of–Janssen & Canales, PLLC, a family law firm that has been serving south side San Antonio for over 50 years. In doing so, Mr. Negrón earned the distinction of being one of the youngest Attorneys ever (and one of the first minorities ever) to accomplish the acquisition of another law firm. Mr. Negrón claims another historic distinction by being the youngest Attorney ever to be appointed as head of the City Attorney’s office in Natalia, Texas, where his responsibilities include training the city’s police force and advising the school district on proposed bylaws and student policies, among other duties. In addition, he is a Business Development and Sales Consultant for Perceptum Technologies, PLLC, and an editor/writer for San Antonio Lawyer Magazine. He is a Fellow of the Texas Bar Foundation, a distinction bestowed upon only 1/3 of the top 1% of all Texas attorneys. In 2016, Mr. Negrón was nominated and selected as a “”Rising Star”” in San Antonio Scene Magazine’s yearly “”Best of San Antonio”” publication. In his spare time, Mr. Negrón is a guest lecturer at St. Mary’s University School of Law and teaches business classes at University of Texas-San Antonio. Mr. Negrón holds the distinction of being granted admission to the Texas Guardianship Association, the Real Estate, Probate and Trust Law Section of the State Bar of Texas, and the Elder Law Section of the San Antonio Bar Association, as well as to the San Antonio Non-Profit Council. He serves on the board of directors for: San Antonio Lawyer Magazine, Northeast Senior Assistance, and the Medical-Legal Liasion Committee of San Antonio. Mr. Negrón is one of the youngest recipients ever of the Eagle Scout award, having completed his Eagle Scout by the age of 14; he received commendations from Presidents George H. Bush, George W. Bush, Ronald Reagan, Gerald Ford, Jimmy Carter and then-Texas governor Rick Perry.