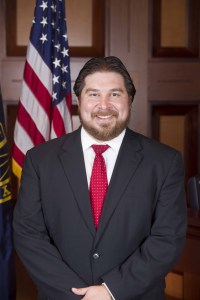 Fernando D. Gireud was born in El Paso, Texas, and graduated from Coronado High School in 2002. He attended the University of Texas, Austin where he majored in Computer Science and graduated in 2007. Afterwards, Fernando attended law school at St. Mary University School of Law in San Antonio, Texas where he graduated with his J.D. in 2010. Shortly thereafter, Fernando moved back to his hometown of El Paso, Texas, where he worked for the Domestic Relations Office of El Paso County where he acted as friend of the court and worked on child support enforcement cases. In March 2012, Fernando began working for a firm in El Paso where his focus was on Labor and Employment cases. Fernando moved back to San Antonio in October of 2012 where he began working for an immigration law firm focusing on deportation proceedings and family based immigration visas. His love of immigration law eventually led to him to partnering with Mr. B. Colin Hobbs in order to combine their passions and experience to provide the best possible representation in the fields of immigration, criminal, and family law. Outside of work, Fernando is an avid sports fan and will never miss a day to root for his beloved Texas Longhorns.