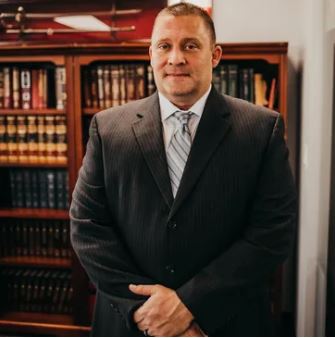 Joshua Carpenter attended BYU and the University of Utah for his undergraduate degrees of Spanish and Political Science. He is bilingual in Spanish and English, and went to law school in Arlington, VA at George Mason University. Joshua Carpenter is a former police officer, who started his legal career in Washington DC before moving west to be closer to family. In 2004, he founded Carpenter & Associates.

For almost 20 years Josh has been the firm managing partner. During that time, he has fought relentlessly on behalf of the victims of domestic violence, as well as honed his craft of litigation through dozens of trials. He was lawyer of the year for various domestic violence shelters and legal organizations for 15 straight years and was frequently interviewed for news programs as an attorney advisor with the Police Department Stalking and Domestic Violence Unit. Josh has a PhD in child psychology, which he uses every single day in the court system to fight for abused and neglected kids. Last year, Josh’s law firm provided over $250,000 in free legal work for victims of domestic violence, abuse and neglect. Waking up at 3:30 every morning, Josh works 16 hours per day helping other people in an industry where conflict is high, and appreciation is not. Josh is also the Staff Judge Advocate for the Texas Military Department State Security Unit, where he is heavily involved in the legalities of State Security.

Josh’s most important role is that of a Father. He has 7 children with his wife of 22 years, with the oldest in college, and the youngest being a toddler. He serves as a coach, trainer, and has also been elected to the local School Board. Overall, Josh is quick to smile and crack a joke, but fiercely fights for his clients.