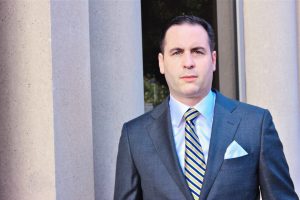 Kenneth Mitchell grew up in the Houston area, and joined the Army at 17 years old. He was later assigned to 3/62 ADA in the 10th Mountain Division near Watertown, New York.

After the Army Kenneth Mitchell entered a career in law enforcement. Prior to starting his own practice Kenneth Mitchell was a police officer for 13 years. He trained in the Central Patrol Division, later he worked the city jails. After his time working the jail, he went to Northeast Patrol, and later Hit and Run. During his time in Hit and Run, he completed Northwestern University’s Advanced Accident Investigators Course and Reid Interview and Interrogations Course. Later, Kenneth Mitchell went Robbery Division, South Central Patrol, Northwest Patrol, and was merged with North Belt Patrol.

It was during this time that helped open his eyes to the injustices in the world, and solidified his commitment to make meaningful change.

Kenneth Mitchell worked hard to get to where he is today, and he will apply the same dedication and work effort to your case. “A DWI charge is a highly technical crime with serious consequences. I have an exceptional understanding of the intricacies of DWI laws and experience dealing with the courts and police departments. Call now and I will fight for you.”