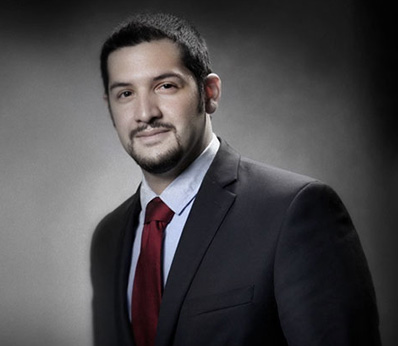 Luis F. Hess is an experienced immigration attorney who practices law in Montgomery County and the surrounding areas. His office is conveniently located off of I-45 in Shenandoah, Texas, just north of The Woodlands and south of Conroe.

Luis F. Hess, PLLC is focused on family-based, marriage-based, and employment-based immigration cases. By focusing on immigration law, Luis F. Hess represents individuals and families who need help living, working and staying in the United States. The firm provides a full-service approach to solving a wide variety of immigration issues from becoming a U.S. citizen to applying for a visa or green card.

Luis F. Hess is the son of immigrants and one of the first in his family to be born in the United States. With a passion for traveling abroad, he has lived in Madrid, Spain, Guadalajara, Mexico, Beijing, China, and Berlin, Germany. He is highly proficient in Spanish and has a passing knowledge of Mandarin Chinese.

After receiving his Juris Doctorate from Saint Louis University, he became licensed to practice law in the State of Texas and in the United States Federal District Court, Southern District of Texas. Before starting his own law firm in The Woodlands, he worked for a now-retired US Magistrate Judge for the Southern District of Texas, in-house counsel with Sisters of Mercy Healthcare System, the United States Air Force JAG Corps, and as an adjunct professor at Saint Louis University.

Active in the legal community, Luis F. Hess is a Texas Bar Foundation Fellow and serves on the board of The Woodlands Bar Association. He founded Luis F. Hess, PLLC because of his passion for immigration law and helping his clients obtain legal immigration status.

If you or someone you know is seeking an experienced immigration attorney in The Woodlands or the surrounding areas, then contact Attorney Luis F. Hess.