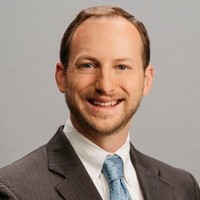 HOUSTON DEFENSE ATTORNEY
Mr. Gommels is a member of the National Association of Criminal Defense Lawyers, and the Texas Criminal Defense Lawyers Association. In 2015 he was elected by his peers to the board of directors of the Harris County Criminal Lawyer’s Association. He also sits on the Section of Litigation of the American Bar Association. In addition to his service to these professional organizations, since 2014 Mr. Gommels has served as a Director on the Board of Directors of the Open Door Mission—a faith and evidence-based recovery and rehabilitation facility dedicated to transforming the lives of the most severely addicted, destitute, homeless and disabled men in Houston.

Mr. Gommels is a frequent lecturer around the world. Most recently Mr. Gommels has spoken about the use of technology in trial (Dallas, TX; Plano, TX), sexual assault prosecution and defense (Goma, Democratic Republic of Congo (DRC); Bukavu, DRC), and mental health prosecutions (Houston, TX).

CRIMINAL LAW EDUCATION
Mr. Gommels received his Juris Doctorate from the Southern Methodist University in Dallas, Texas. As a law student, he was active in appellate advocacy. He was a member of the Administrative Law Moot Court team received the Best Oralist in Round honor in the Jackson Walker Moot Court Competition.

Mr. Gommels earned a Bachelor of Arts degree in politics, philosophy, and economics with a minor in psychology from the University of Pennsylvania (“Penn”) in Philadelphia, Pennsylvania. As an undergraduate, he served as the chairman of the Student Activities Counsel—one of six branches of student government. He also served the community as a volunteer with the West Philadelphia Tutoring Program and as the President of Penn’s Rebuilding Together undergraduate board.

OTHER LEGAL EXPERIENCE
Mr. Gommels began his legal career as an Assistant District Attorney for the Harris County District Attorney’s Office in Houston, Texas. As a prosecutor, he compiled an outstanding trial record and became known as a knowledgeable and thorough lawyer that serve his clients today in his role as a Houston defense attorney. In addition, Mr. Gommels developed a reputation as an expert in mental health law. He also served in the DIVERT (DWI Pretrial Intervention Program) and Juvenile Sections before leaving the District Attorney’s Office in 2012 to form The Law Office of Philip M. Gommels, PLLC.

MILITARY CAREER
Three months after the attacks on the Pentagon and World Trade Centers on 9/11, Mr. Gommels joined the United States Army Reserves as a Combat Medic. After less than three years he had risen to the rank of Sergeant—a Non-Commissioned Officer. In 2008 the Army mobilized Mr. Gommels in support of Operation Enduring Freedom. He served on active duty at Fort Bliss, Texas until February of 2009, when he moved to Houston.

PERSONAL
Mr. Gommels was born and raised in Copperas Cove, Texas. In his free time, Phil enjoys riding his motorcycle, and eating Texas barbecue. On Saturday mornings, he can often be found running in Memorial Park or the Rice University loop where he is usually training for a marathon or other long-distance race (He’s run marathons in Philadelphia, San Antonio, and Houston). He is also a member at a church called Ecclesia in Houston.